Explore Eastern PEI a Magazine published by The Eastern Graphic in partnership with the Eastern PEI Chamber of Commerce featured Morley Annear LTD a trucking company in Eastern PEI that finds the Chamber Plan to be a great fit for their employees!

On any given day trucks bearing the Morley Annear Limited logo roll down the highways of eastern Canada and the United States seaboard delivering everything from lobster to furniture.
For Scott Annear, the truckers behind the wheel and the staff that supports them back at the company’s Brudenell terminal are not just employees
– they are like family. That is the way it has always been since his father hired his first employee and it is a philosophy his own son, Thomas
(who is assistant manager) has also embraced. When the company terminal burned down in 2010, Thomas recalled in a newspaper story the first words his grandfather said were: “We
have to make sure everybody has a place to work tomorrow morning. My grandfather was more concerned with his employees than himself.”
The company did indeed come back bigger and better than ever. Its current office opened in 2011 and the company continues to grow, with a major upgrade of its software system in 2012 and a fleet expansion in 2012. In addition to its fleet of over 25 trucks delivering general freight or perishable goods in temperature controlled reefer cars, they also have dump trucks for the construction industry and a snow removal service during the winter months.

Scott wants to make sure all his employees have the best protection possible, so the group insurance plan the Eastern PEI Chamber of Commerce is able to offer its members through its
affiliation with the Canadian Chamber of Commerce is a natural fit.  Hilary Spencer, Morley Annear’s office manager, says coverage is offered on a voluntary basis to employees who
have been with the company at least three months. The vast majority of the company’s workforce of close to 50 are enrolled in the plan. There is one exception – any drivers heading to
the United States must have the coverage since the user pay health system south of the border can see health care bills rise quickly.

“It gives both the drivers and the company peace of mind,” she said. In addition to covering employees both on and off the job, coverage is extended to spouses and children up
to 25 if they are a full-time student. The benefits include life insurance, dental, vision and other medical services. The premiums are cost shared equally between the employee and the
company. Hilary said Morley Annear Ltd. has used other medical plans in the past, but found the premiums tended to escalate over time while the coverage would often decrease.

Chris Nicholson has heard this story often. He and his father, Derek, operate Nicholson Group Inc. and are the authorized agents to offer the Canadian Chamber of Commerce plan
to member companies in the eastern chamber.  He explained the chamber group insurance plan has never had a premium increase of more than 3.8 per cent over the last five years. By contrast,
Chris said many other plans have routinely seen annual increases of 10 per cent or more. Many other plans also require a significant workforce before they will consider coverage, while the
chamber plan offers coverage to a firm of any size. “They have just come out with a guaranteed issue plan that offers coverage for a business owner who does not have any employees and no medical questions are required,” Chris said. “The coverage can be tailored to suit the company and it can grow as the company grows.” Hilary likes the fact any questions can be answered with a simple call to Derek or Chris and “you don’t have to be on hold for an hour to some office in Toronto.” The company has also found having the coverage does help attract and retain good employees.

“We are a relatively small company and without the chamber plan, I don’t think we would be able to offer the same level of coverage we have now at an affordable price for both the company
and employees.” 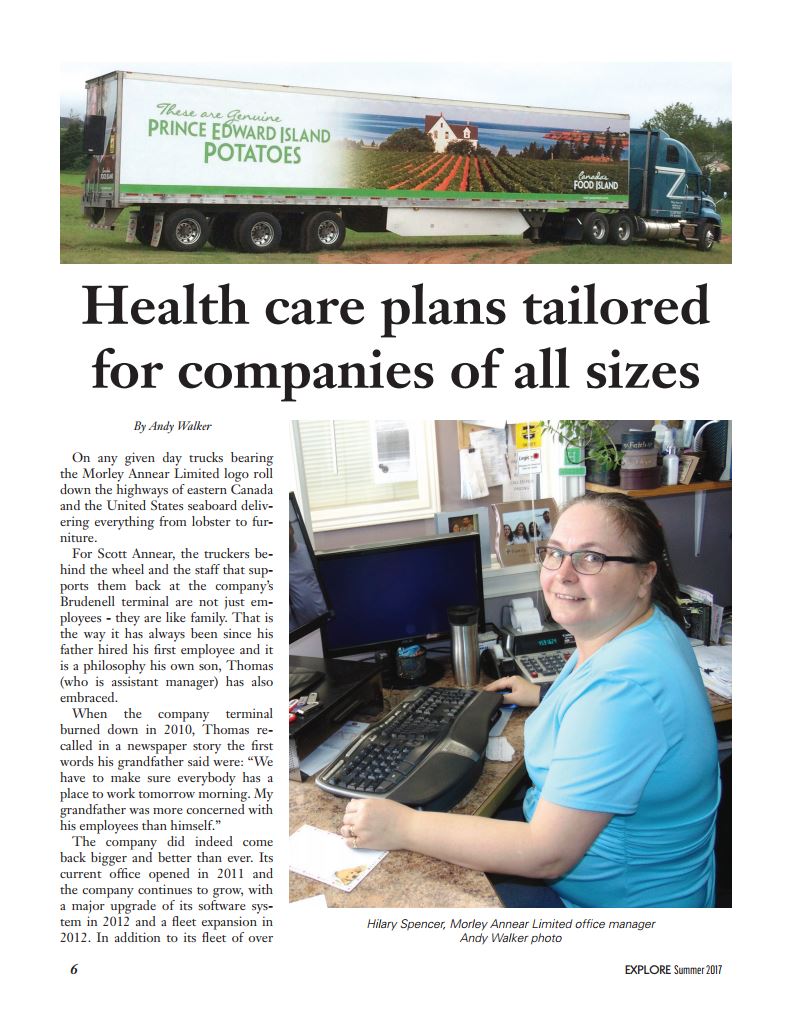 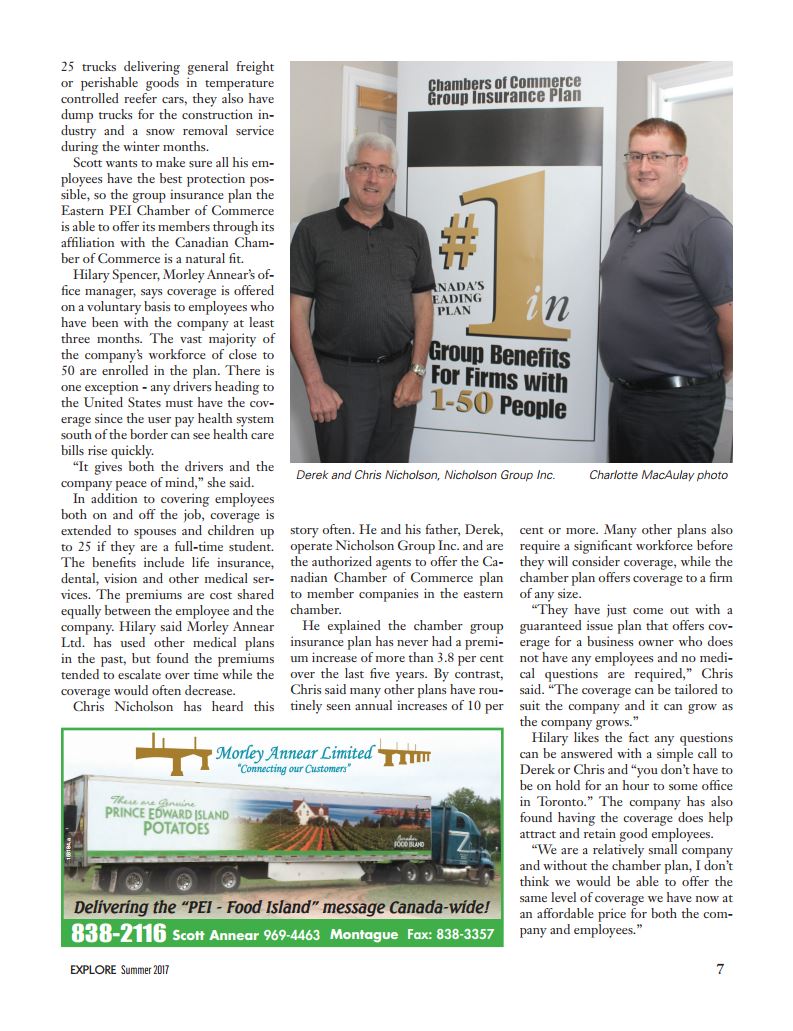